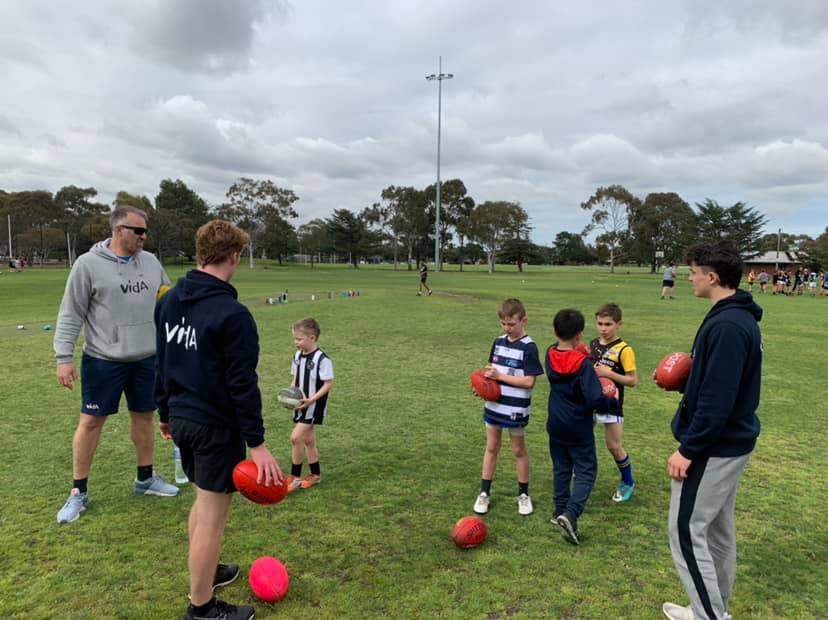 At our recent holiday program, we had special guests Matt Rowell, Noah Anderson and Trent Bianco attend to help teach the kids a few things.The kids really enjoyed learning from some of the future stars of the AFL. We just wanted to thank the boys for giving up their time and would like to wish them well in the upcoming AFL draft. Good luck boys! END_OF_DOCUMENT_TOKEN_TO_BE_REPLACED 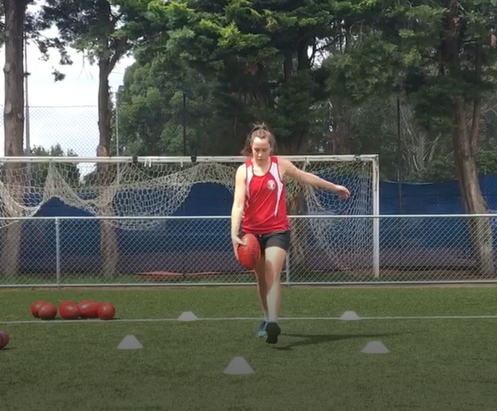 Very soon we will see the first official Women’s AFL season.  What a great thing for AFL Footy and women in particular.  For too long girls had to stop playing at a certain age as it was considered a man’s game. Not now!  Over the last year Vida Footy has begun putting time and effort into helping grow the women’s side of the game, and now our Holiday Program and Skills Session have plenty of girls participating.  Furthermore, we have provided girl specific training programs to junior clubs in Melbourne to try and encourage more girls to sign up for the 2017 season.

Over the summer, we received an email from a young lady named Claire.  Initially, we thought it was someone signing up their child for a skills session.  Well, it turned out Claire wanted to improve her kicking and skills for the 2017 season.  Claire has worked with Vince for about 6 sessions, mainly working on her kick technique so she can take back to her local club.  As you can see from the video below she made some huge improvements over a small amount of time!  Well done Claire, and good luck this season.

Claire was also nice enough to write the following after her experience with Vince and the Vida Team.

“After playing AFL for 5 years, I felt that I had reached a point where my skills, particularly kicking, were holding me back. I was frustrated by the fact that, despite my best efforts, I was unable to make improvements in this area.
My decision to get in touch with the VIDA team has helped me to become a more versatile footballer. Even during my very first session, I was able to see significant improvements.

Vince is a knowledgeable, enthusiastic and passionate coach. In 6 short sessions, he was able to completely re-program my kicking technique. Vince genuinely believes in your ability and will work hard with you to improve and find consistency in your skills.

Vince uses an open and transparent approach to player development; at all stages of the process, he provided clear, accessible steps and regular feedback. Vince showed me how to use video analysis as an empowering tool to help self-evaluate my technique. He also provided me with a program so that I could continue my development outside of our one on one sessions.

These resources have equipped me with the skills I need to continue fine tuning my skills during the season.

The VIDA team will happily tailor individual or group sessions and are invested in helping you find improvement and reach your goals. I can’t thank Vince enough for the guidance and support he has shown me.

Again, for more information about how Vida can help the women of Footy, please contact us with through the form below. 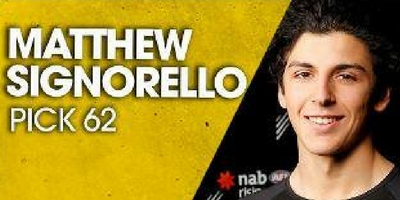 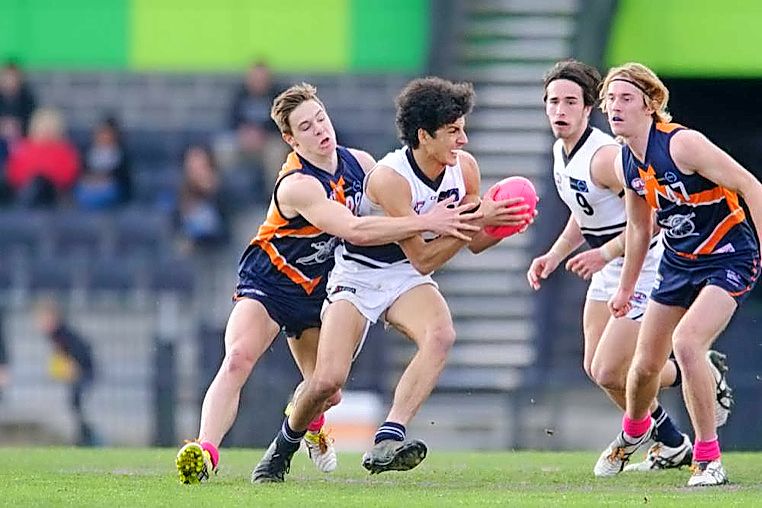 Does positive youth development have a place in football coaching?

From coaching, parenting and players there is a growing interest in bringing learnings from positive psychology to the sports field. Before we talk about how to facilitate positive sports environments though, we need to address the issue of why we should do this in the first place. Should coaches even play a role in facilitating positive youth development? Should they build character in their young athletes as well as technical skills? After all, coaches are primarily (and in some cases solely) trained to impart knowledge that leads to game competence (e.g. learning new technical and tactical skills, game awareness and fitness), not psychological and social skills.

A 2011 study from University of Wollongong on the role of coaches in facilitating positive youth development offers insights into why coaches need to move beyond purely developing game competence in young athletes. The study provides an understanding of the challenges coaches face and the complexities of their role, such as:

In some instances, these issues were deemed by coaches as more important than dealing with technical aspects. They also relate strongly to key areas of research for positive psychology such as: character strengths, positive relationships, resilience, positive teams, positive emotions, engagement and flow. Character strengths include concepts such as fairness, social intelligence, perseverance, optimism, forgiveness, self-regulation, leadership, teamwork, bravery, creativity and love of learning. These can be used in unique ways to address the challenges coaches face. Therefore, positive psychology can provide a rich ground for coaches wishing to apply a solution-focused approach to complex individual and team issues. So, whether coach education provides training or not, some coaches do see themselves as playing a role in facilitating positive youth development. They want to build character in their young athletes as well as game competence skills.

If we accept there is a need for coaches to manage the psychological and social issues that arise in their teams, it raises the question as to whether this is too onerous a burden to place on them. Coaches, after all, only have limited time with their players and often coach education does not equip coaches with the skills required to navigate these issues. Adolescence is a complicated and sometimes vulnerable stage in a player’s development. Would it not best to leave such issues for parents and positive education programs within schools to deal with?

The current direction that positive psychology is taking points towards a whole systems approach. In other words, the education of character and wellbeing in young people should be addressed by whole communities, parents, schools and anyone involved in the lives of young people. Coaches are, therefore, part of the picture. They are, in a sense, role models for young players and should demonstrate the behaviours they desire in their young athletes through their own behaviours. They should also cultivate these behaviours in their players. Programs such as TOVO training do incorporate character building. The key is clearly defining what the desired behaviours are and the ways to develop them. How should this be approached though?

In an ideal world, the identification, development and nurturance of desired behaviours would occur through formalised training programs for coaches. Where coach education falls short of equipping coaches with these skills, initiatives such as the Player Development Project can provide a rich ground of ideas and strategies for coaches to implement. Evidence-based positive psychology literature, especially around positive education can also be useful. A cautionary note should be made though that the science in this field is emerging and not well established.

Coaches need to become conscientious consumers of the science. They should beware of pop psychology literature that is not supported by scientific evidence. The compliment sandwich would be an example of such practice, whereby feedback is given in positive-negative-positive fashion. A 2013 study in the Advances in Health Sciences Education journal bemoaned the lack of evidence to support this technique. The study indicated that students think feedback sandwiches positively impact future performances when in reality this can be quite the opposite. In a learning environment these sandwiches may even be harmful to students’ ability to critically self-assess their performance. It is prudent to approach any method that espouses ratios or generic formulas with caution. Building human strengths and potential is a person-specific and context-specific endeavour, not a one-size-fits-all venture. In essence this means that coaches need a nuanced understanding of what makes individual players tick.

With all of these points in mind, a coach can proceed in selecting areas to explore. The following list is a summary of some potentially fruitful areas to begin. It is acknowledged that many of these have their origins outside of positive psychology, but that the field has contributed to a scientific understanding of their effectiveness.

No matter where a coach chooses to start, knowing why they are introducing any strategies aimed at addressing psychological or social issues is an important first step. Ensuring that chosen approaches are evidence-based as well as having clear outcomes and boundaries established is also key, especially in the absence of formalised training. Exploring positive psychology can be energising and lead to personal growth, but like an exotic flower its beauty should be regarded with healthy blend of curiosity and caution. 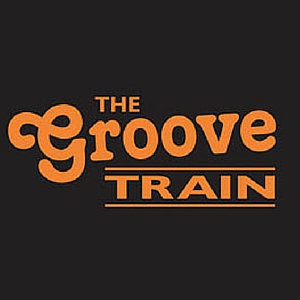