Vida Footy Programs are run during the school holiday periods or over a long weekend and offer a great opportunity for players to come along and get a high volume of education over consecutive days. The program holds various themes giving players experience in all aspects of the modern game. These include:

Each player will achieve a greater understating of the game by having an opportunity to get a high volume of quality education. These programs are designed to add value to your current football experiences and elevate the player to another level. It is a great opportunity to get involved in a Holiday Program with a different range of players with various experience, in a learning environment.

From all our experiences of coaching junior & elite players in various sports in Australia & overseas, we have seen that it’s the ones who put in the most, in the right environment, are the ones who meet their goals.

CLICK HERE TO VIEW ALL THE HOLIDAY PROGRAMS AND SELECT ONE THAT SUITS YOU! 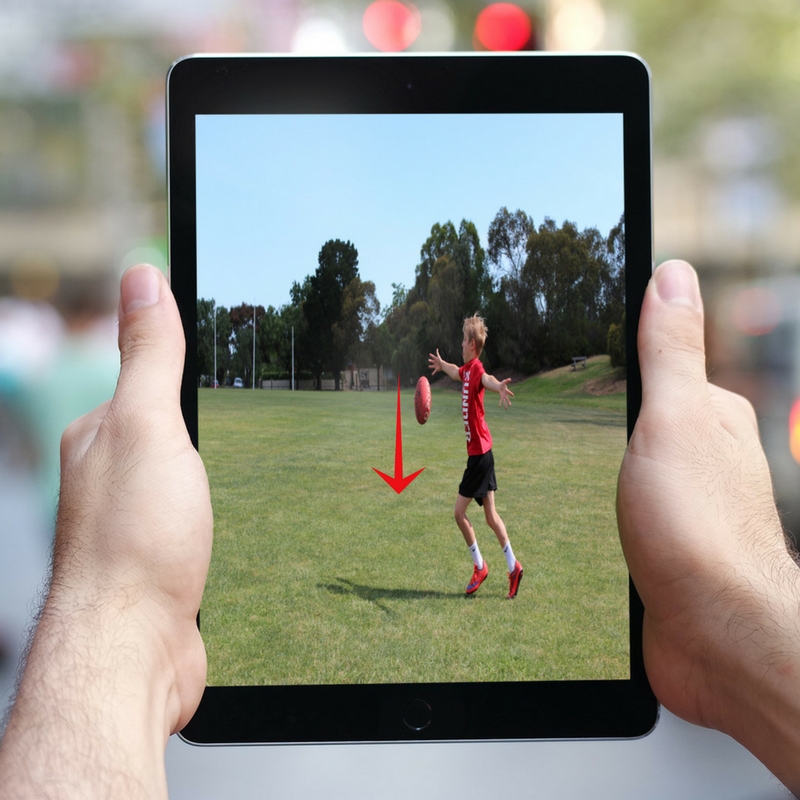 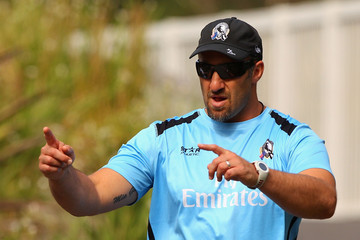 Check out some of our before and after videos below The before and after above shows a young player, who in only 10 minutes transformed his kick. He transformed from a two-handed thrown towards his foot, to a one handed, below the hip ball drop. 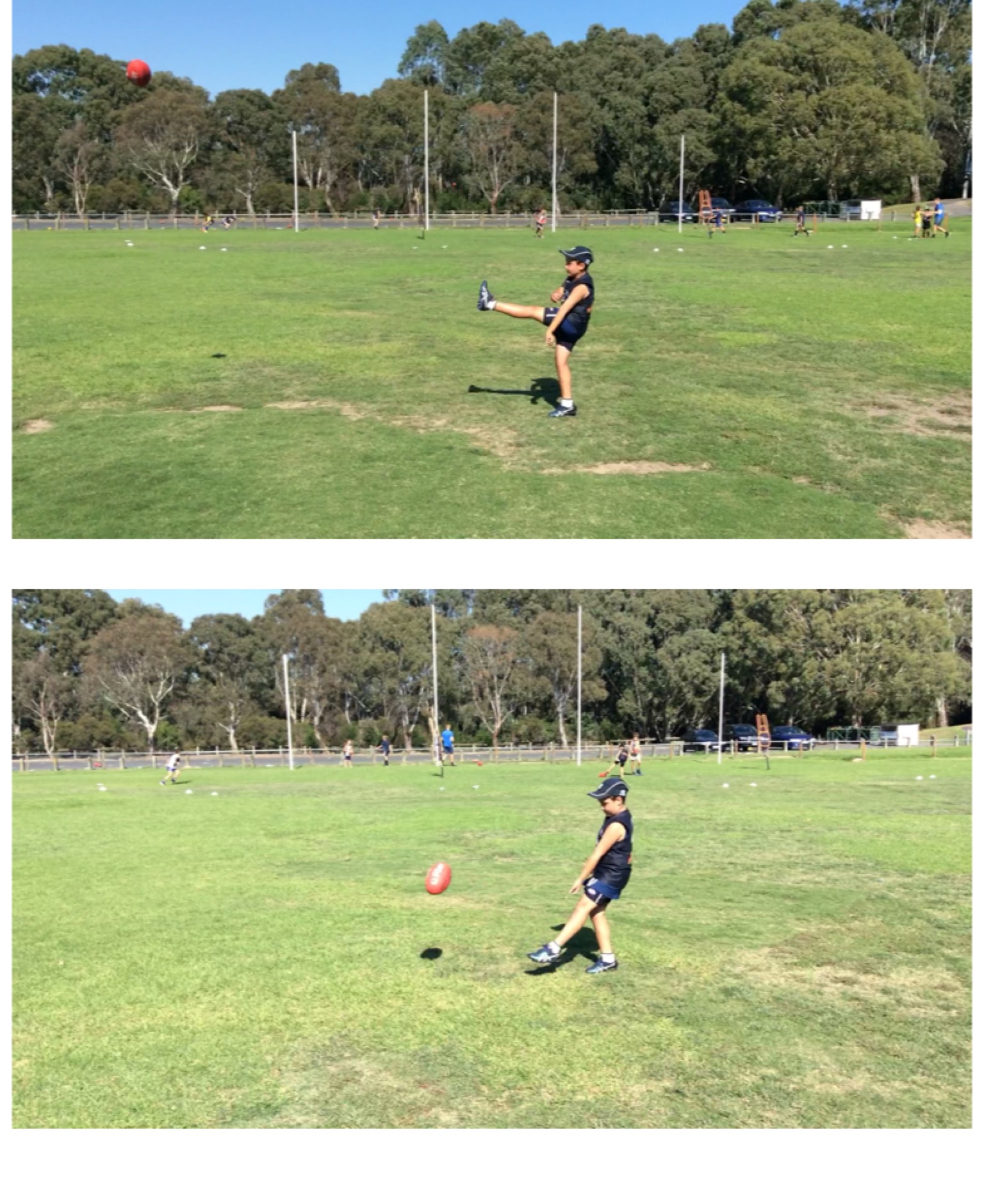 The young player above, as shown in the top picture didn’t follow through on his kick. After working various activities and coaching, he has gotten to a point in the same day where he was able to follow through with his kicking leg.

Take a look at the below video to see some of the activities we will do in the upcoming School Holiday Programs.

Don’t just take out word for it, below are some testimonials and clubs we have worked with in recent years, as well as past guests at Holiday Programs.

After playing AFL for 5 years, I felt that I had reached a point where my skills, particularly kicking, were holding me back. I was frustrated by the fact that, despite my best efforts, I was unable to make improvements in this area.
My decision to get in touch with the VIDA team has helped me to become a more versatile footballer. Even during my very first session I was able to see significant improvements.
Vince is a knowledgeable, enthusiastic and passionate coach. In 6 short sessions he was able to completely re-program my kicking technique. Vince genuinely believes in your ability and will work hard with you to improve and find consistency in your skills.
Vince uses an open and transparent approach to player development; at all stages of the process he provided clear, accessible steps and regular feedback. Vince showed me how to use video analysis as an empowering tool to help self evaluate my technique. He also provided me with a program so that I could continue my development outside of our one on one sessions.
These resources have equipped me with the skills I need to continue fine tuning my skills during the season.
The VIDA team will happily tailor individual or group sessions and are invested in helping you find improvement and reach your goals. I can’t thank Vince enough for the guidance and support he has shown me.
I’m looking forward to the upcoming season! – Claire Haughey.

Vince Dattoli came on board with the Carey Baptist Grammar School Football Program in late 2014, appointed as coach of the First XVIII. From day one, he has made a positive impact on all that he has come in contact with, from the boys he continues to educate about AFL Football, to the parents of the boys who regularly engage with Vinny about the current Football landscape. He has a strong passion for Football education and evidence based coaching, consistently using video analysis (Sportscode) to provide both positive and constructive feedback to the players. A major strength of Vinny’s is his ability to build relationships with those who he works with and coaches, which is one of the main reasons we began to play a brand of football which is respected across the APS. Vinny also ensures he invites down other personal resources to assist at training, adding value and a different voice to the program. I cannot speak more highly of what Vince and his Vida philosophy has done for the Carey Football Program and look forward to continuing to develop the strong relationship into the future.
Jack Joslin
Carey Grammar

St Marys Greensborough Junior Football Club have been fortunate to have VIDA Football assist the club with our junior development program. With 24 boys & girls sides in the YJFL ranging from U9’s through to U17 Colts for boys and U18 Youth for Girls, VIDA Football has been instrumental in assisting our Football Department provide the resources for our Coaches to help them develop our players. St Marys GJFC enjoy a great working relationship with Vince, Justin & Anthony at VIDA and as Head of Football at St Marys GJFC I strongly recommend their services for any junior football club.
Glen Costello
Head of Football, St Mary’s Greensborough Junior Football Club

Comments from the boys, parents, club and committee included “we have never had an educational structure put in place before and this is great and so advantageous”. On Sunday August 30, 2015 against all the odds, the same footy side that who at ¼ time of the Round 4 game that were 4 goals down with a win loss ratio of 0-3 won the premiership. At the football club presentation night I had to address the entire footy club and simply said “If there was no Vin Dattoli at Ivanhoe Colts this season we could not have won a premiership make no mistake”. The program Vin and Vida Footy developed was the single most instrumental reason for the success of the Ivanhoe Junior Football Club Colts 1 premiership in 2015; absolutely and unconditionally!
Rick Daniels
Ivanhoe Junior Football Club 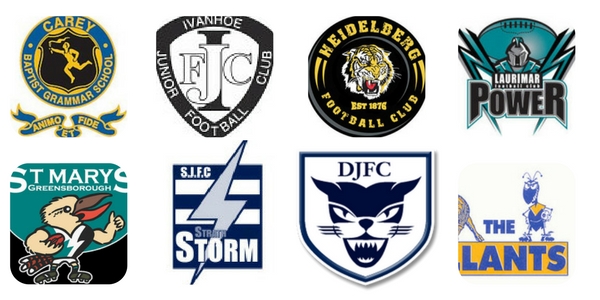 Homework CPM software can be used to create a system that buying an essay is simple to use and manage, and yet effective at keeping a close watch on what children are learning. The following article discusses the advantages of using Homework CPM software.